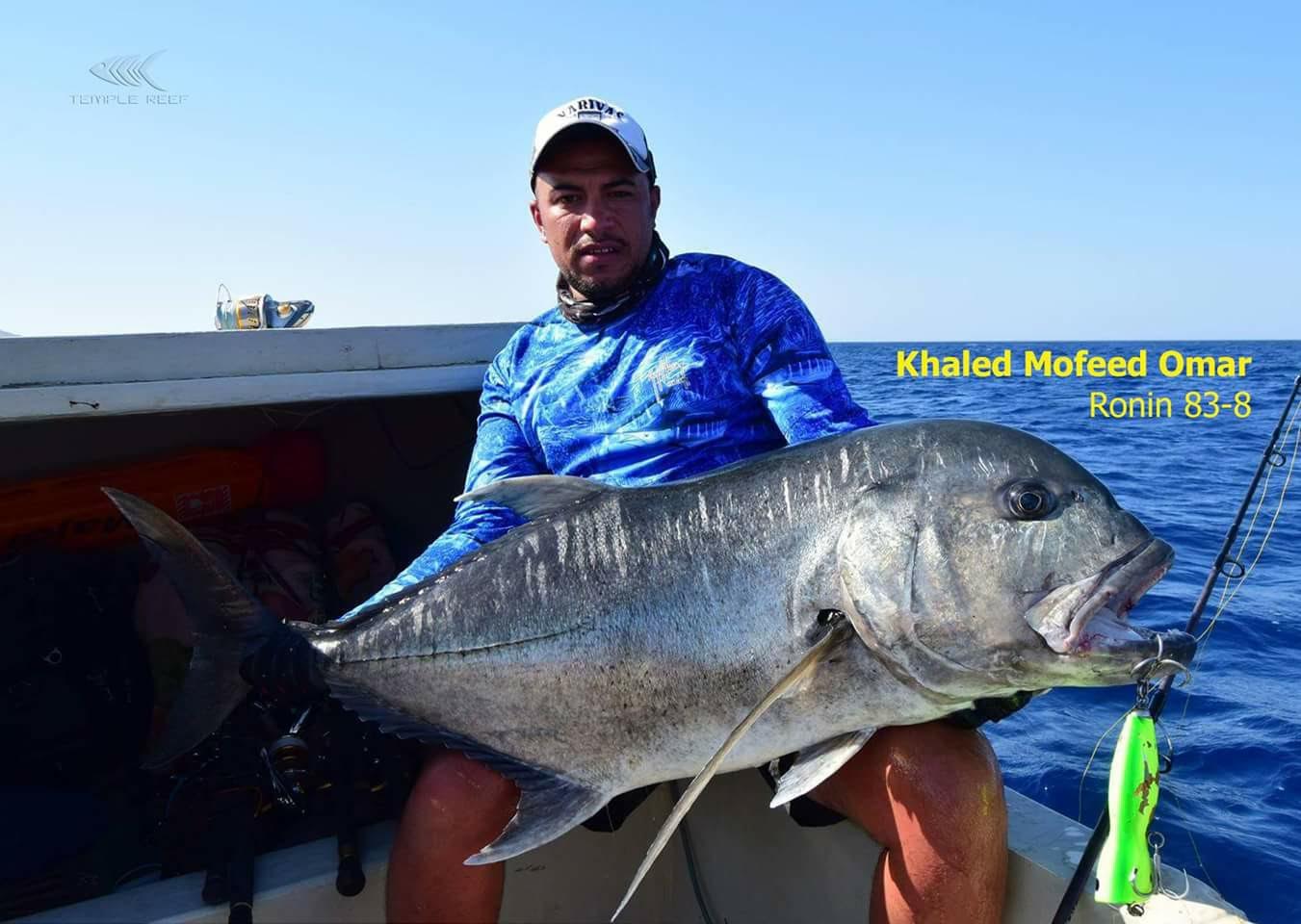 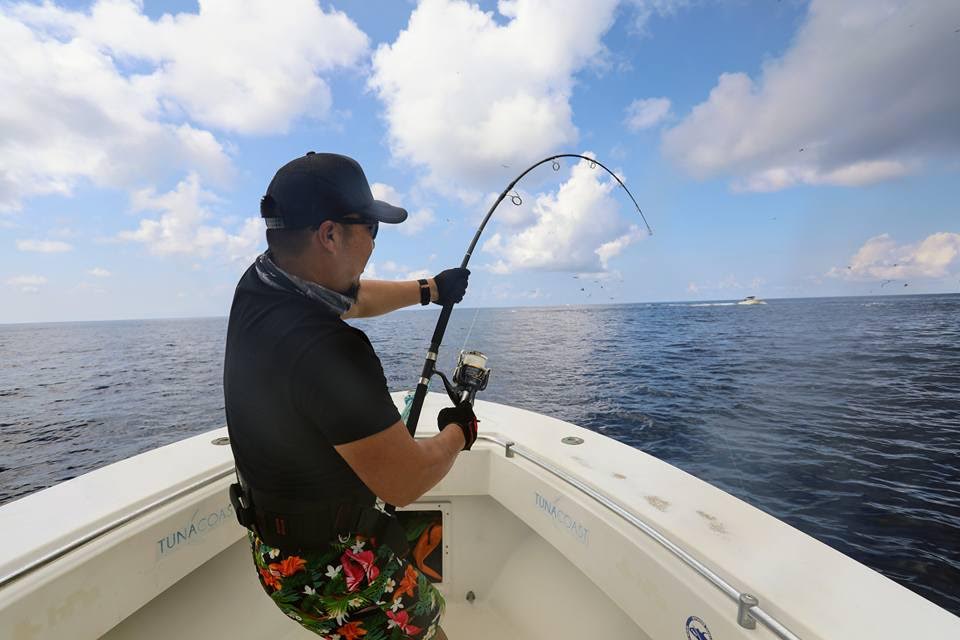 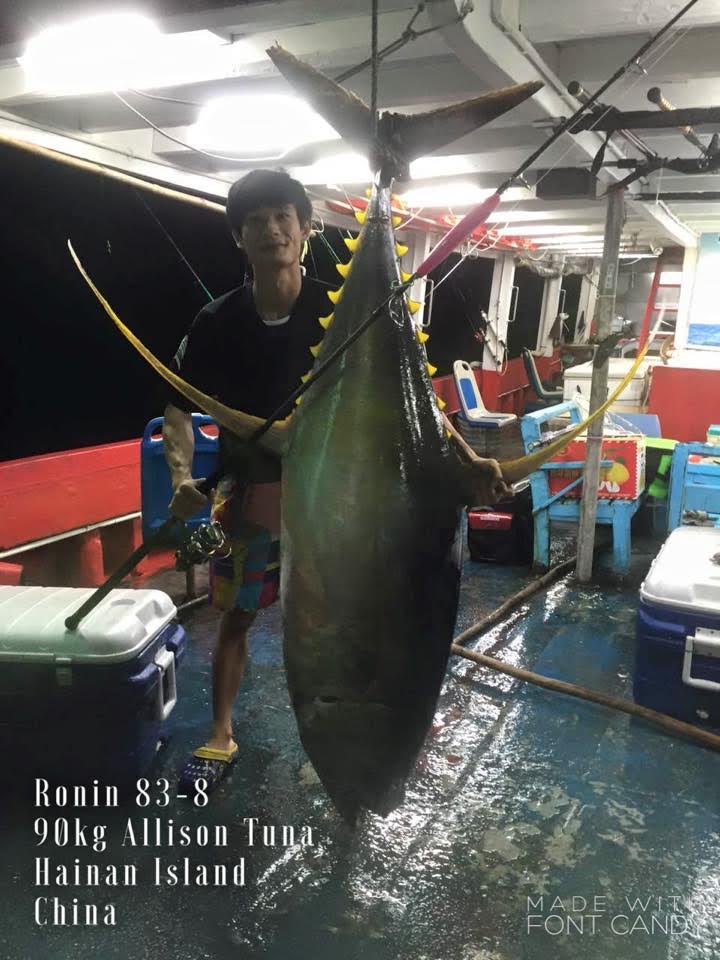 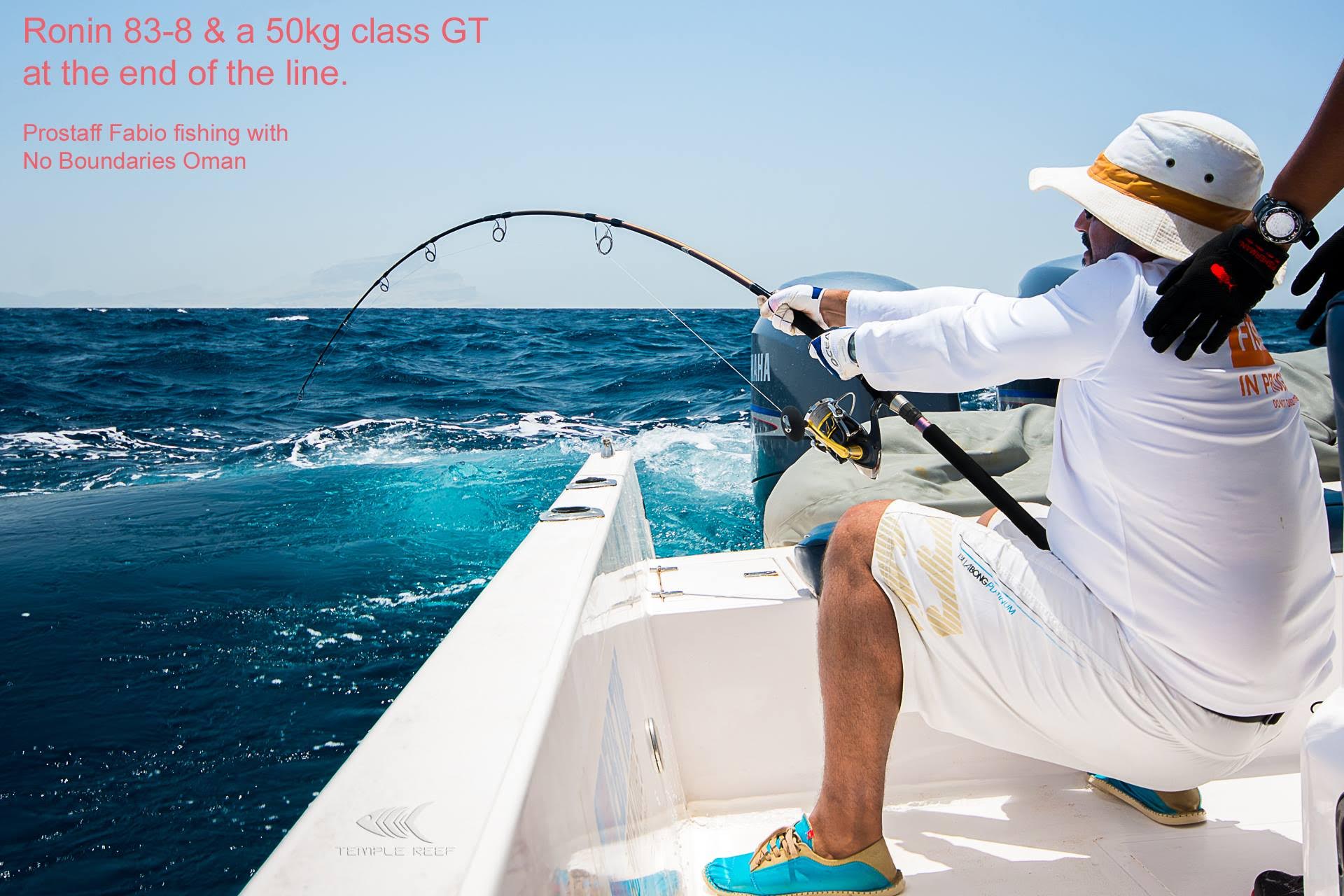 Stickbait working
The Ronin 80 is surprisingly light and well balanced for what is considered a heavy stickbait rod able to handle the largest lures at 200 grm. The action starts in the tip down to the middle third of the blank and continues right through the blank when under full pressure. The tip has all the softness required to swim surface and sinking stickbaits, especially when lying slack line before sweeping a surface stickbait to provoke the “S” action. The anglers feels is in command and can swim his lure with total control. The blank transmits all the important movement and vibration of the lure. One can close its eyes and focus on the feeling via the handle and be alerted of the slightest knock or kick in the lure. At 8’ long the ratio length to arm lever is the best to work a stickbait and maintain maneuverability. Balance and sensitivity are the key words that explain the design of the Ronin 80 in working a lure.

Casting
The rod and delivers the casting power smoothly but with a feeling of never ending force as the whole blank flexes under the load of a large lure. The casting action is clean, noise free ( no vibration) and effortless in order to provide accuracy and long distance. The tip never kicks back into the arm even when doing a power cast to cut through the wind or to reach the edge of breaking waves. Smooth power and precision are the two words that come into mind when describing the casting action of the Ronin 80
Fighting
Unlike many stickbait rods the tip of the Ronin 80 has the power to set the hook on a large fish and strike it effectively at any range. During testing a number of very good giant trevally of 58, 57 and 48 KG for the best ones were caught on the Ronin putting the rod beyond its limit. It never failed and delivered power and lift even when confronted to the most powerful GTs. The rod can bend and bend more and bend even more…putting the hurts on the fish and not on the angler. Keeping the angle at 45° it is virtually impossible to be taken by surprise by a large fish surging under the boat or doing a last run to freedom. As the fight nears its end you can raise the angle and let the tip do the work to subdue the fish for you. Should you get into bycatches like large coral trout, red bass, queenfish, yellow spot trevallies or smaller size GTs you will still enjoy some great fight and have fun playing fish of any size. Power-curve and fighting fun are the two best features to remember about the Ronin 80. However should that 50 KG + monster hits your lure the Ronin 80 has the guts to handle it.