We are just back from another fantastic trip to Panama. I think everyone on board will agree that these Yellowfin really tested your tackle, skills and endurance as anglers. While pictures are still being organized, I wanted to share some of the highlights:

a large "allison" Yellowfin tuna going 75.5" x 56" IGFA = 273.3 but the Captain insists the fish is over #300 based on his experience, he says the formula is not really great for Panama Yellowfin as they get so barrel chested but I prefer to say its under 300 lbs so it gives me a good excuse to go back and keep chasing my #300! 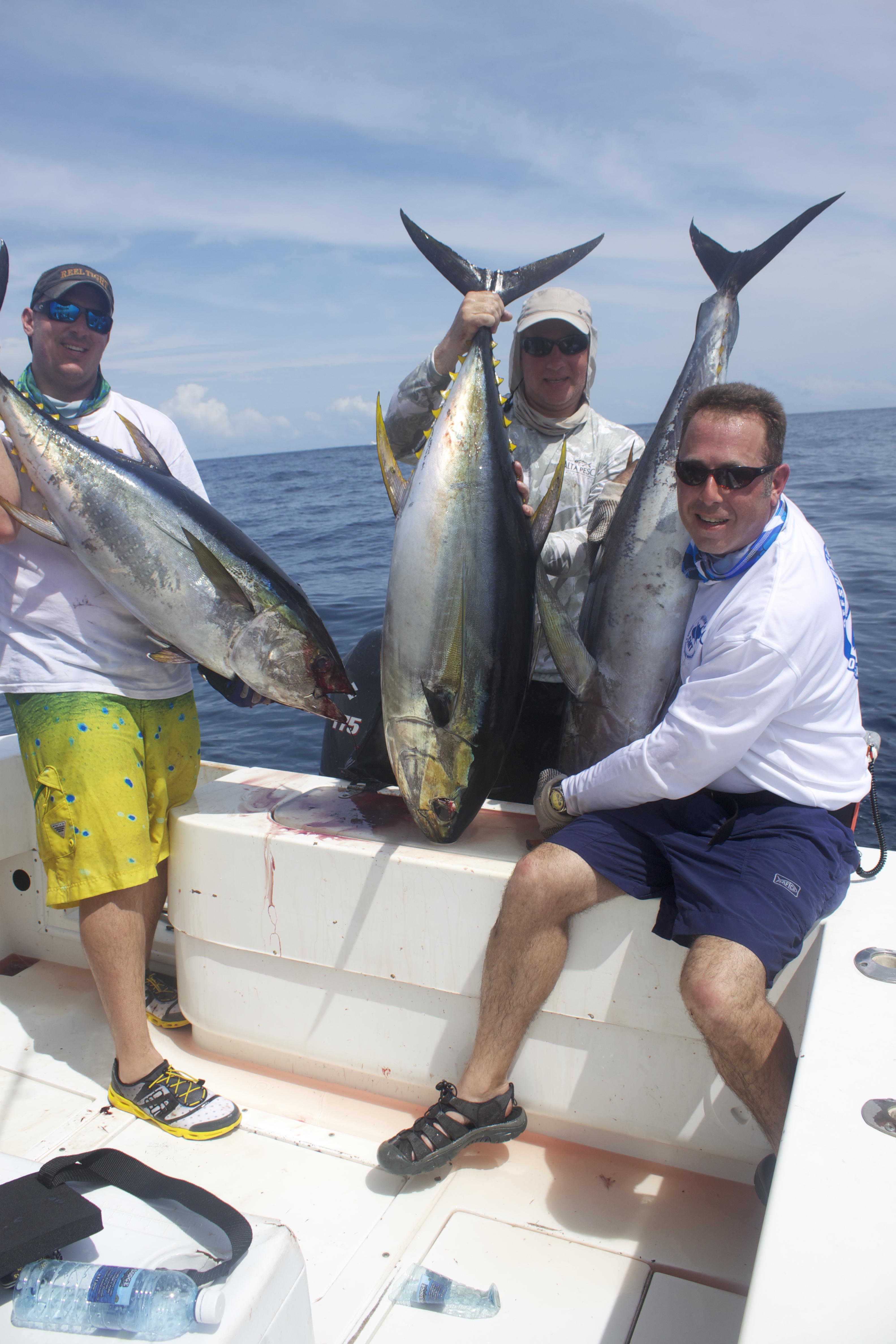 Our largest fish on a Popper went #130 lbs and they where several in this size range landed by each of the 5 boats.

We broke more than 10 rods and 5 reel, many guys were spooled in seconds, reels where sheared off the reel seats - happened three times. All leading me to really believe that there is the change of landing a Yellowfin over #300 out of the Bocas region in Panama. I have in the past captured Yellowfin to 78" but they did not have the girth needed. The fish this year are extremely girthy (Barrel chested) due to the extremely rich diet and abundance of bait fish without having to work too hard and expel energy.

These fish in the bait rich, 85 to 88 degree water, where like demons on steroids - just unstoppable some of them and everyone agree our 75.5 fought harder than any #400 class bluefin ever could. They are just wicked strong fish and to tame them on popping and jigging class tackles is a real test.

Special acknowledgement to Mark Kasak and David Young! You guys shined on this trip, despite have "a few more" years on most of the guys, you trained and got into shape for the trip and it showed. Here is the largest fish on a Popping Rod (black hole custom by Jersey Tackle) - went an estimated #172.3 pounds by IGFA formula. 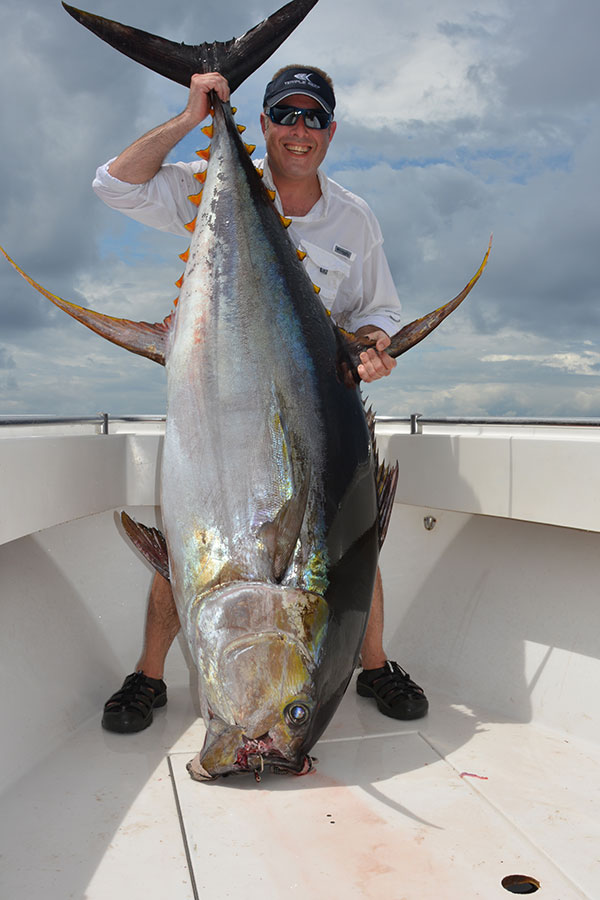